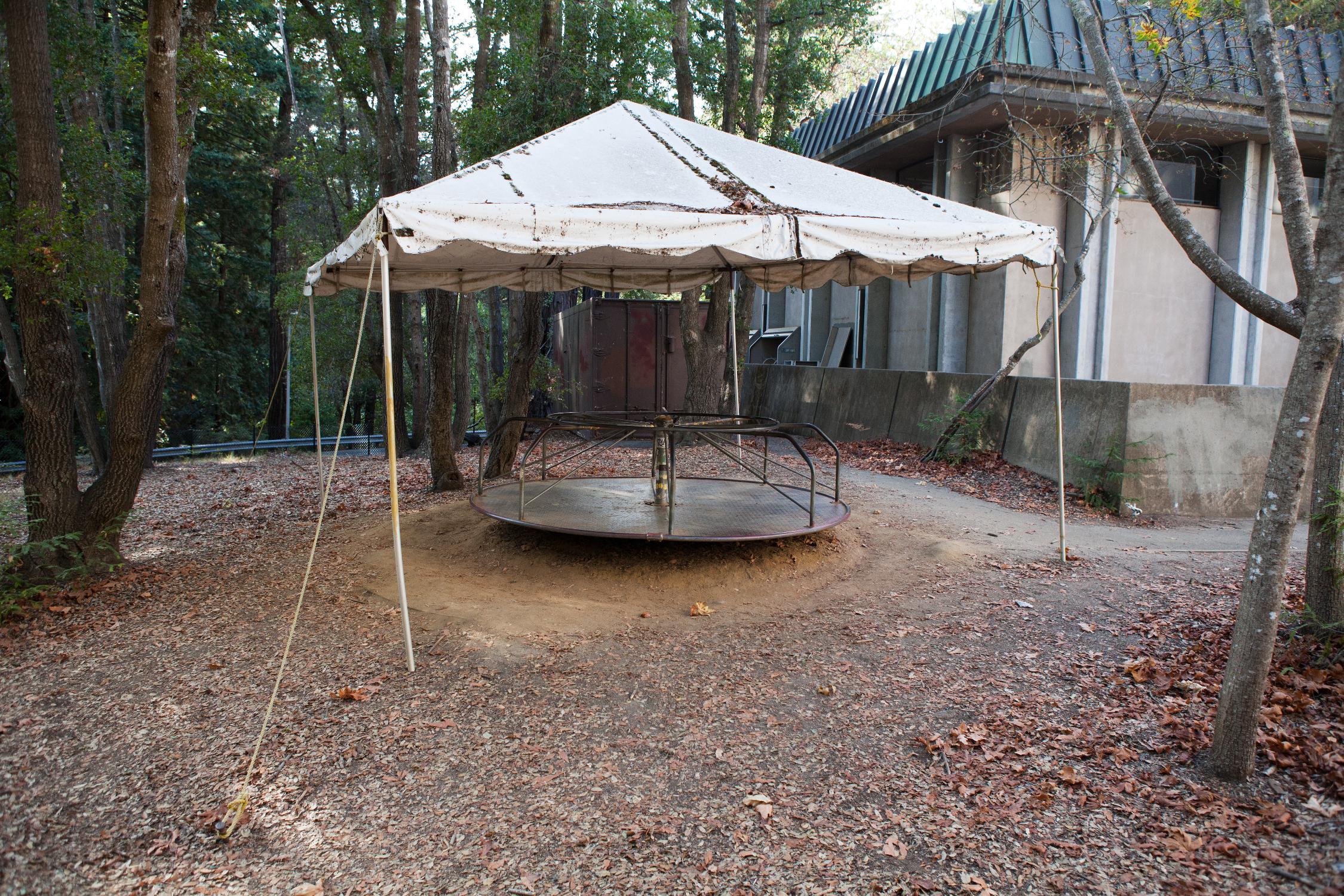 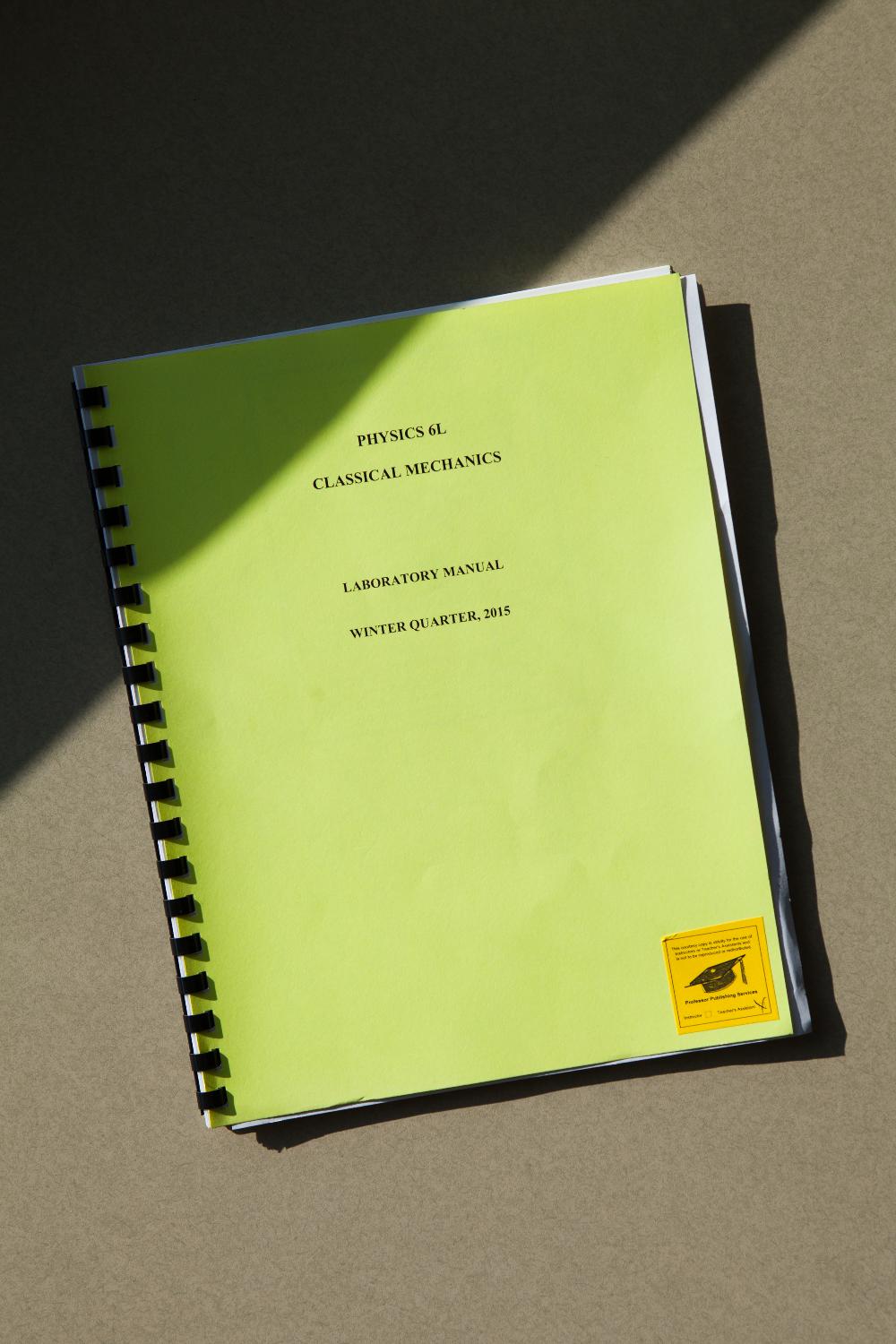 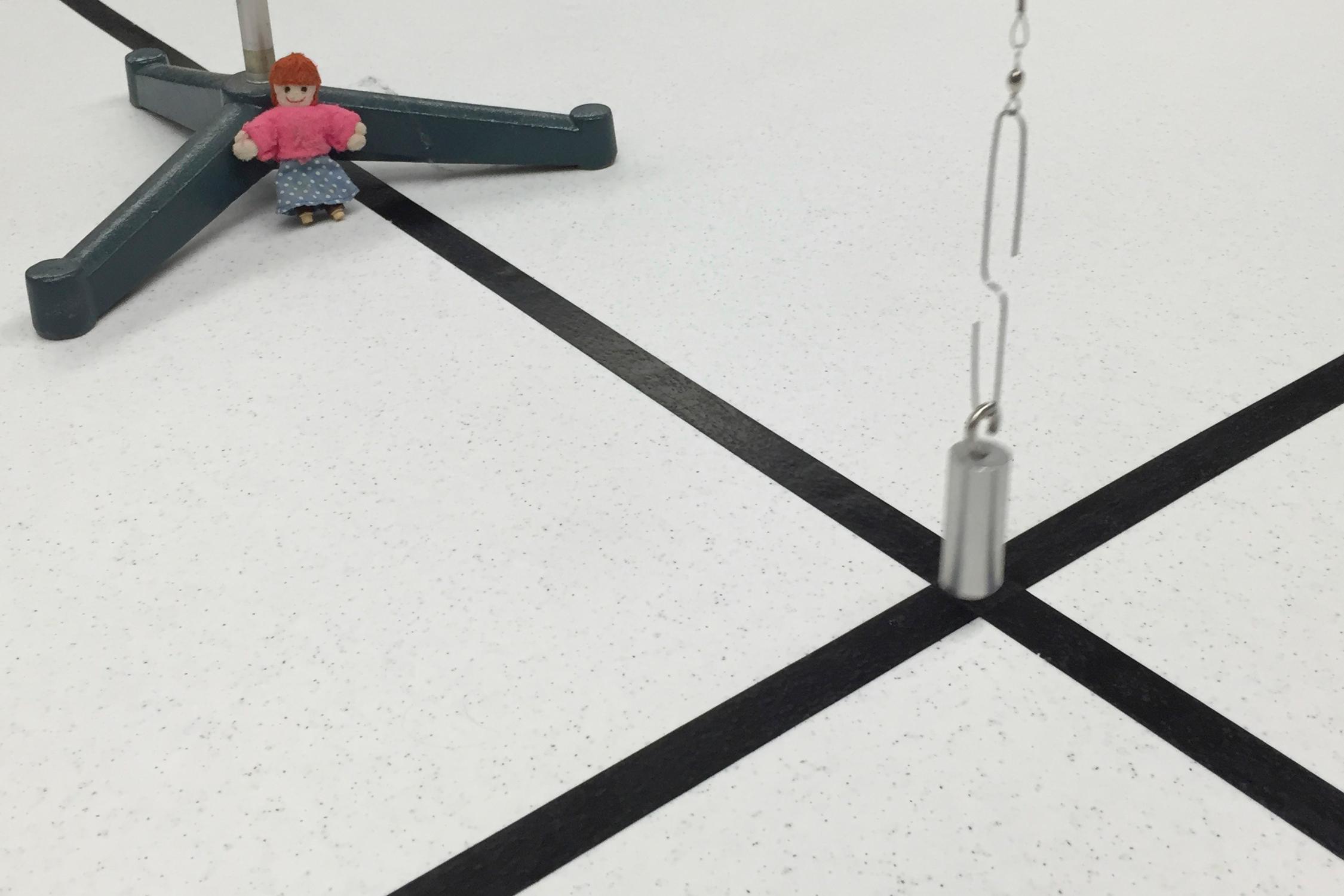 “Why do we think the pseudo-forces are so important that we have a merry-go-round on campus and I’ve even made a simulation of it in the lab room?”

In Conversation With George Brown

I came to UC Santa Cruz in 1991 and the merry-go-round was already here. It is my understanding that it was established in the late 1960s or early 1970s by the early physics faculty. I think it might have been motivated in part through the proximity of the Boardwalk and all the rides that you can experience there that are mindboggling explorations of physics. I’m guessing that those rides led to the creation of miniature version of the merry-go-round here. The hand-operated merry-go-round is, after all, a beautiful way to demonstrate what we call pseudo-Force: the apparent forces that you feel on a reference frame that is either rotating or accelerating in some other way.

You’ll notice there is a tent over the merry-go-round. We do labs from 8:30 in the morning until 10 o’clock at night, and we never cancel this lab, not for rain or darkness. In fact, since I have been the professor of record for the introductory physics course, I have rewritten the lab manual to expand these experiments. To introduce what we are learning through the merry-go-round experiments, in the laboratory room I’ve made a rotating table by taking a cafeteria table that is round and putting it on a smooth bearing. This allows students to observe the trajectory of objects on a rotating reference frame in another way.

We have pendulum set up on the table. When the table is not rotating, the pendulum appears static – the bob is vertical. When you rotate the table, the pendulum is tilted. We have a doll that sits on the table as the observer, and from the doll’s perspective, the pendulum is no longer vertical. It is like the Mystery Spot! It’s the mystery reference frame! Because for the doll, the pendulum is not vertical, we have to invent the centrifugal pseudo-force. And then, we make the pendulum swing. For the observers in the room, it is moving north to south. But, for the doll, it’s executing a cloverleaf pattern. This is how we demonstrate the Coriolis pseudo-force. We give them the math as well, and it’s hard math, which many students struggle with. But, between the merry-go-round and the table experiments, we make sure the students internalize the idea that sometimes Newton’s Law’s need to be patched up.

Now, why is this important? Why do we think the pseudo-forces are so important that we have a merry-go-round on campus and I’ve even made a simulation of it in the lab room? Earth is a rotating reference frame. So, if we are studying phenomena on Earth, we have no choice but to attend to these pseudo-forces. We have to account for a rotating, accelerating reference frame. The Coriolis pseudo-force is the force responsible for the circular motions of the ocean currents above and below the equator. It’s why they go in opposite directions. As an ocean current moves, it senses the pseudo-forces and moves accordingly. The atmosphere also has global rotational patterns that are due to the pseudo-force the air molecules are experiencing.