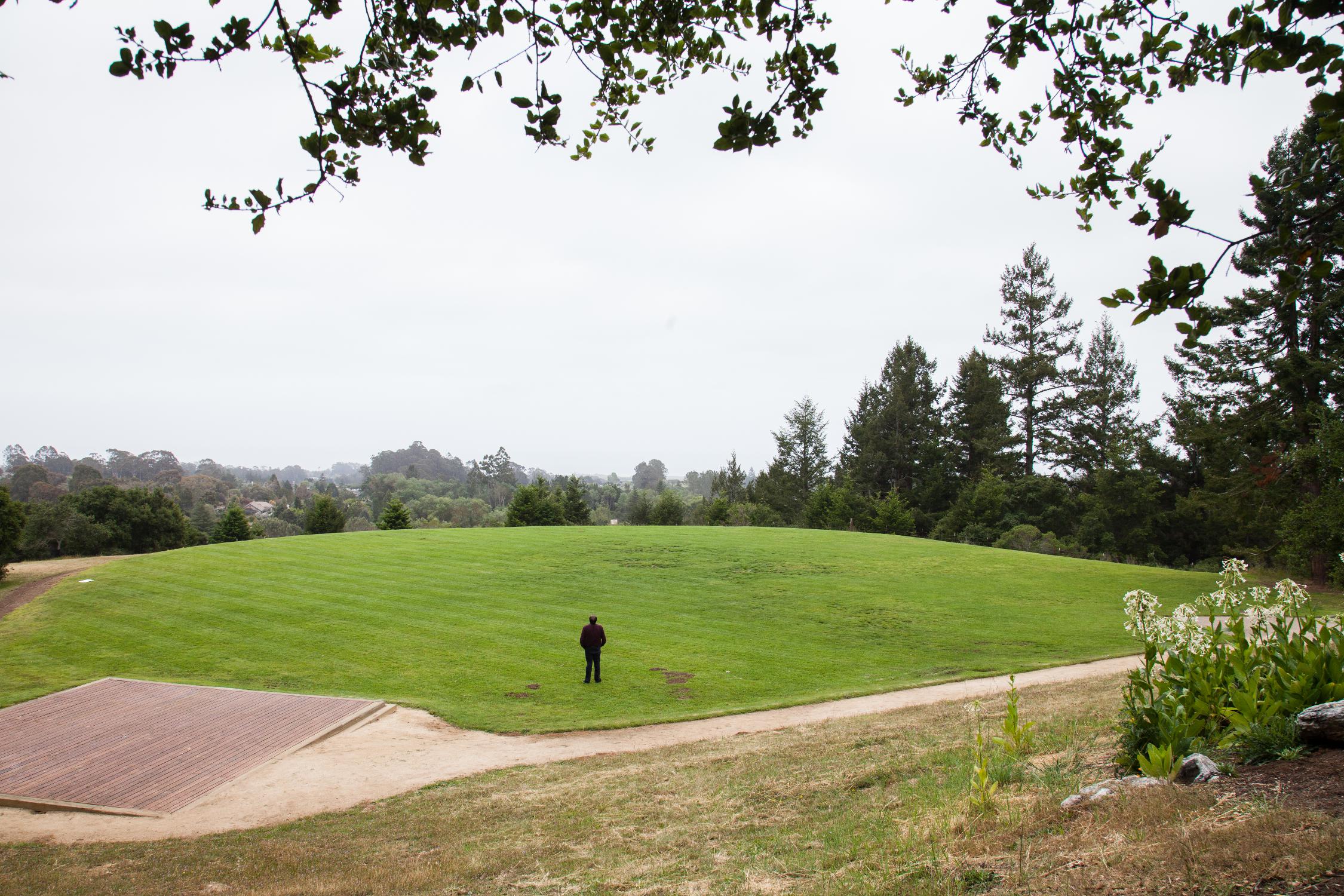 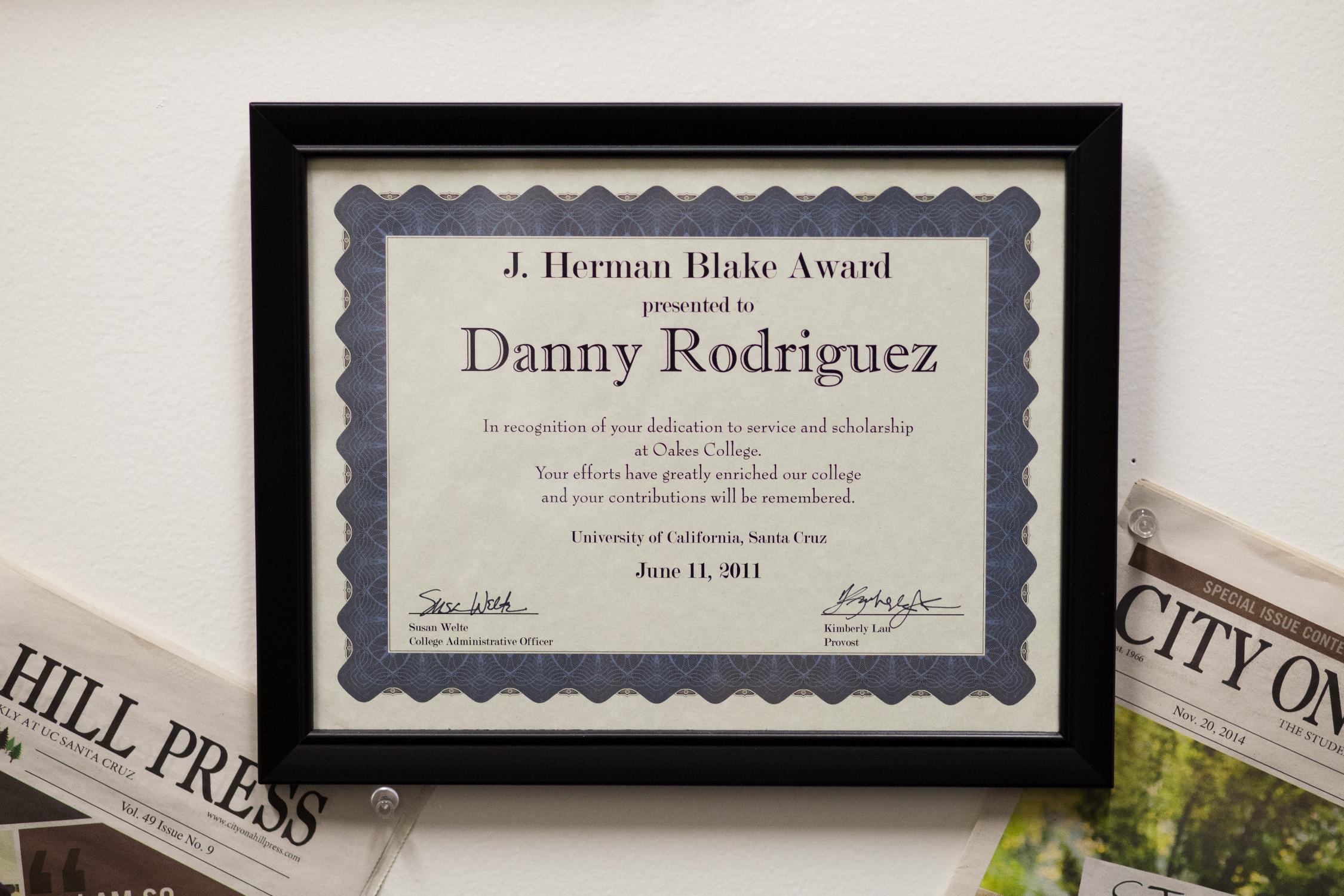 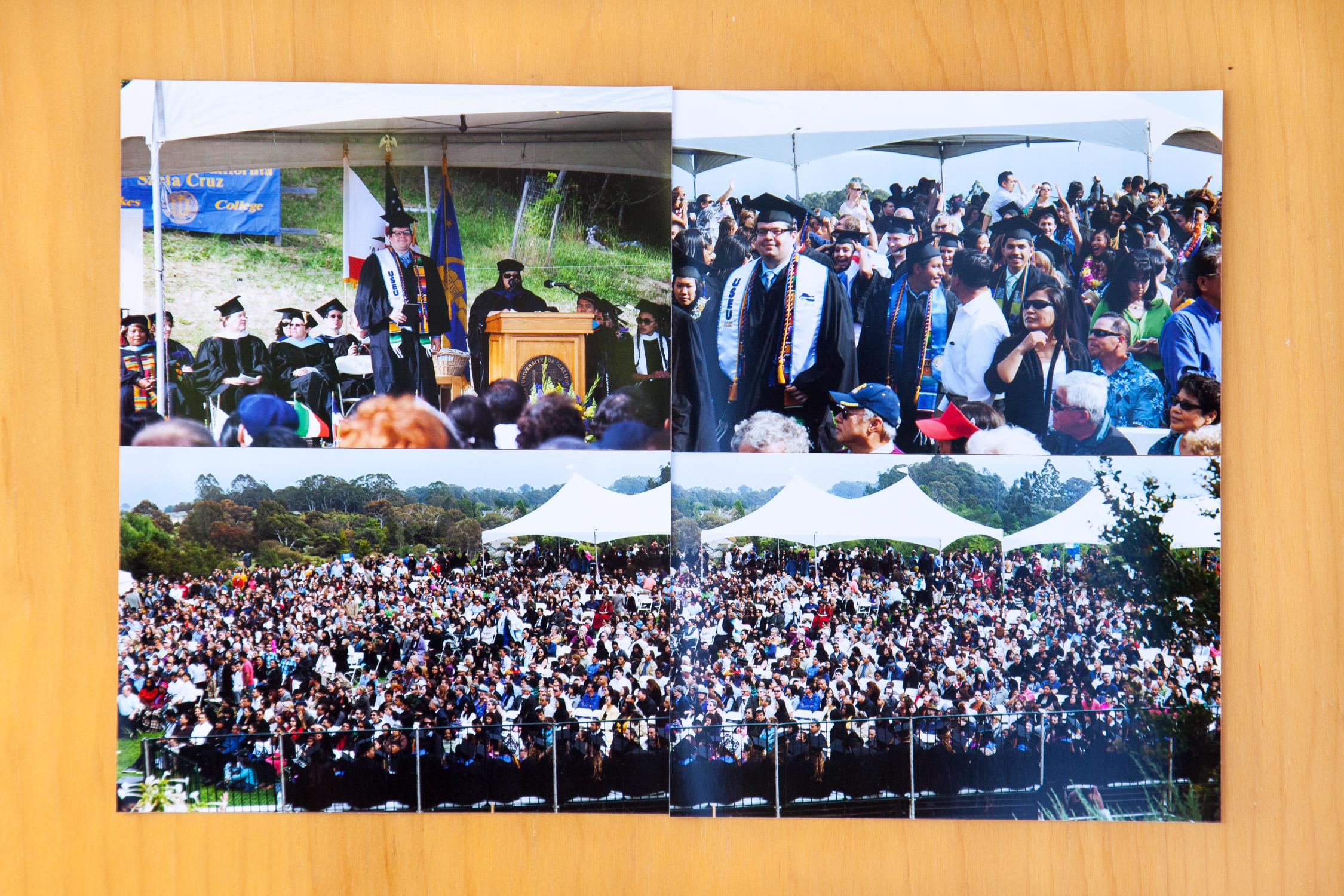 “When I received the J. Herman Blake award, one of my professors claims my mom stood up and was waving her Salvadoran flag, completely excited…. My two brothers were embarrassed. They were, like, ‘You are making a scene!’”

In Conversation With Danny Rodriguez

The reason why Lower Lawn (our graduation field) at Oakes College is important to me, and to many of Oakes’ alumni, is tied up with the history and mission of Oakes College. Oakes was founded in 1972, after the Civil Rights Movement, as a multicultural community at UC Santa Cruz. The college is committed to the equality and freedom from oppression of historically marginalized communities, and its primary goal is to support their persistence at UCSC. Many students who reside at Oakes are low-income and first-generation college students.

I, myself, am the first in my family to attend college. I grew up in the Koreatown District of Los Angeles, California. My family is low-income; my mother, Rosa Rodriguez, emigrated from El Salvador in an attempt to escape a repressive government in 1986, so we are fairly young in the United States. To be able make it at UC Santa Cruz symbolizes a lot about where we have come from and where we are going as a family. I am actually the only person in my family who has a master’s degree and a career, per se.

Lower Lawn isn’t only used for graduation. It’s also a perfect place for stargazing. When I first started at UC Santa Cruz, I invited a couple of friends to this field because I heard there was going to be a meteor shower. Being from L.A., it’s always bright, so much so that I didn’t even know shooting stars were an everyday occurrence. When people see shooting stars on TV and in movies it always seems to be a once-in-a lifetime experience, some sort of miracle. So, that night there was supposed to be 60 meteors per hour. It was freezing out here, but I got to see shooting stars for the first time. And, for me, that symbolized the trajectory my life was taking.

Moving forward a couple of years when I was on this field for graduation that really seemed to get real. I was awarded the J. Herman Blake award, an award for both community service and academic excellence. I wasn’t really paying attention because I didn’t think someone like me would receive it. You’d think someone more prominent and amazing would get it. I had a 2.9 GPA in high school, which means I was not qualified to come to UC Santa Cruz. I was accepted through the EOP Summer Bridge Program, which greatly helped with my transition to college and create a deep sense of belonging and community at UCSC. Having been granted such an amazing opportunity, I took it upon myself to combat the deficit-thinking around what people like me could accomplish. The J. Herman Blake award emphasized the need to be a scholar-activist: taking what you are learning on campus and then putting it into practice to make a difference in the lives of our communities.

When I was an undergrad, I worked for the Educational Opportunity Programs (EOP) office, for three and a half years, particularly serving what would be traditionally Oakes Students: low-income, first generation college students of color. By the end of my undergraduate career I graduated Cum Laude with a 3.77 GPA, which to me didn’t mean I had bought into a system that measures people by GPA and test scores, but rather this was a statement that people like me belong on University campuses and furthered the legacy of resilience and struggle in my community. It was because of this that I was nominated for the award and that I pursued a career in Academic Advising.

One of the things that people always remind me about that day is how my mother reacted. Being Latinx (my mom is from El Salvador,) it’s typical to remain humble and not show your emotions, to not act too proud or excited. But when I received the award, one of my professors claims to have a picture of when my mom stood up and waved her Salvadoran flag, she was ecstatic to share that moment with me and to be proud of what we had accomplished as a family. I’ve never seen the picture, but I do remember that moment. My two brothers were sort of embarrassed; they were like “You are making a scene!” This accomplishment was a reflection of what my mom had done for us to get to that point and how this moment would further us as a family.

I now work for Oakes College as an Academic Adviser. To be able to give back and to help other students be part of this experience and pursue their dreams, whatever they may be, is amazing. This year, I get to read the names of the students graduating at Oakes , which is pretty freaking exciting. I look forward to seeing the faces and hearing the voices of our graduating Oakes community.