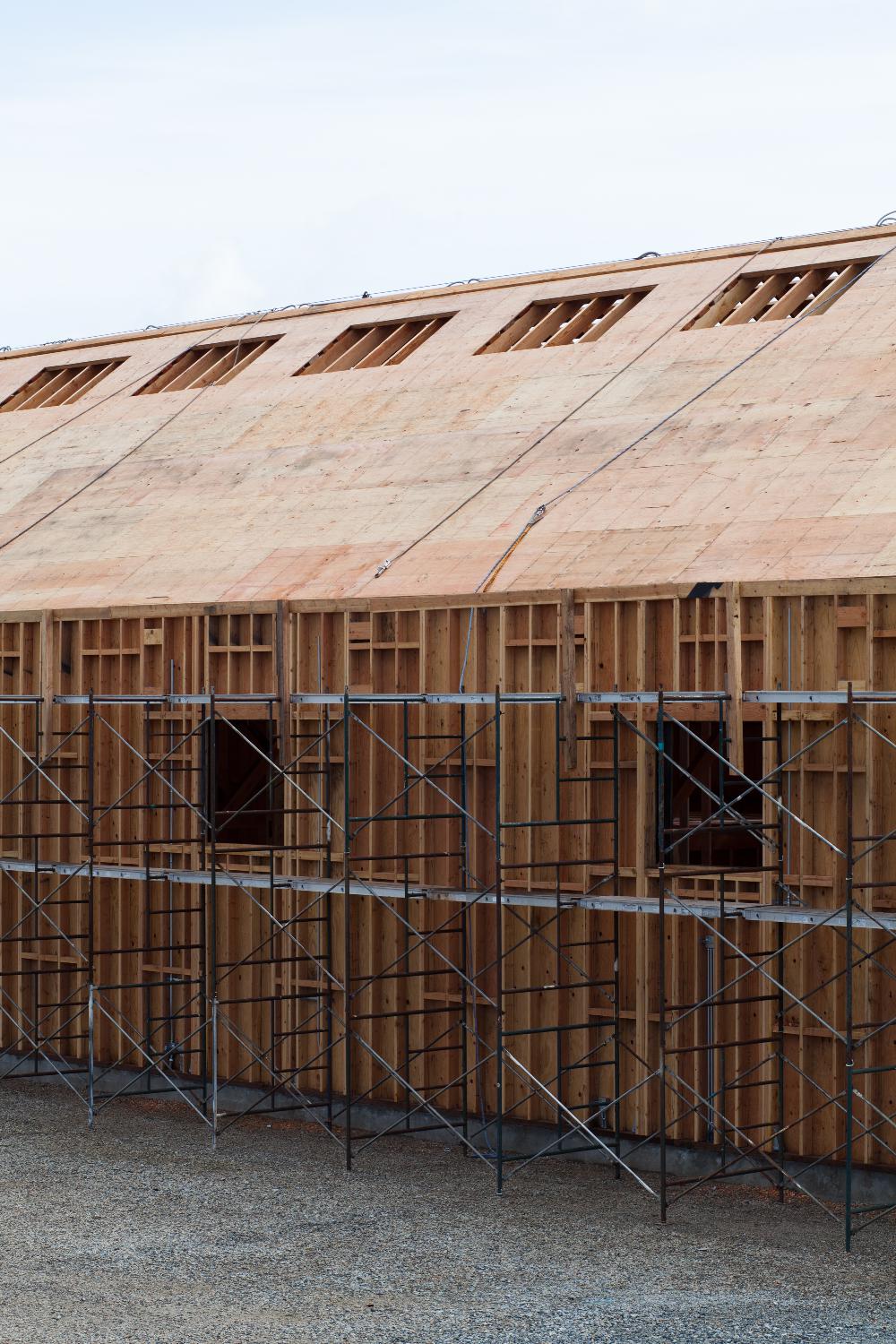 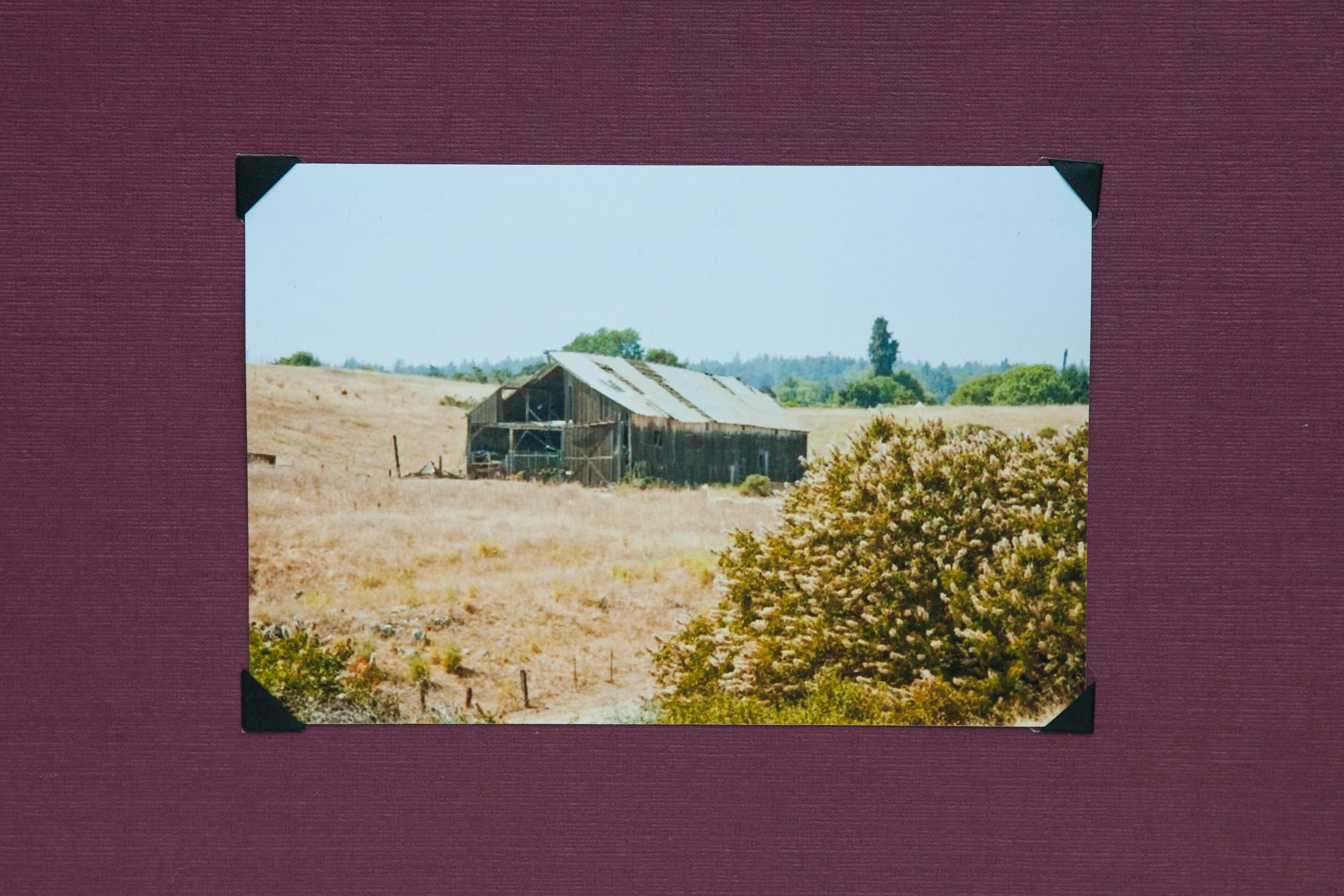 “In the beginning, our hope was that we could repair and restore the barn back to life. But it became clear over time—especially because a big storm during that period undermined some major supports of the barn,—that we had to look for a way to reconstruct it instead.”

In Conversation With Sally Morgan

When I came to work at UC Santa Cruz, my background as an archaeologist led to my immediate interest in the Cowell Lime Works Historic District. The Historic District includes the Lime Kilns, the Cooperage, the Hay Barn, and a number of other buildings at the campus entrance. While part of the historic complex had already been adaptively reused by the campus, the buildings that were not really suitable for use– like the Cooperage and the Hay Barn– had fallen into significant disrepair. It was clear to me that those buildings were on their last legs; they weren't going to last much longer.

Shortly after I came to the campus, I met Frank Perry, a very passionate historic preservationist in town. Frank shared my concern about the Historic District and suggested that we could start a ‘Friends’ group to support the preservation of the area. After we formed the Friends of the Cowell Lime Works, we began to think about what are our priorities should be in working for the preservation of the District.

The Cooperage, the building that's up on stilts adjacent to the kilns, was really our initial focus of interest for restoration. It is where the barrels were made for the Cowell Lime Works. But, while that building had been considered for adaptive reuse by the campus early on, it was always clear that it would be difficult to use it. You would have to figure out a way to get people up to the elevated second floor, which is the main part of the building, without impairing the historical integrity of the building. So it was just not very practical for adaptive reuse.

The Hay Barn, though, had actually been used for quite a long time by the campus for storage. They even had a few offices in there into the 1980’s. After the ‘89 earthquake, it was determined that that building was not earthquake-safe. The building was deteriorating (it really hadn't been maintained) . At that point, the campus stopped putting any money at all into maintaining it. However, it has a great location for access to the Farm and the campus entry and its exposed frame and long history of use as a barn made it very evocative of the site's 19th century history. So, because the site and the structure presented fewer obstacles for its adaptive reuse, the Hay Barn became one of the focii of the Friends’ restoration efforts.

In the beginning, our hope was that we could repair and restore the barn. But it became clear over time– especially because a big storm during that period undermined some major supports of the barn and it started to look kind of scary – that we had to look for a way to reconstruct it instead.

Ultimately what we really wanted to save about that building was the beautiful internal structure of the building that is the result of the way that it is fit together. It was- it is– a very beautiful building that looks, as campus architect John Barnes pointed out, almost like a cathedral on the inside. It is a timber frame building with mortise and tenon construction most likely dating back to the 1880s.

Mortise and tenon architecture is a method where slots are cut into the upright beams, and then the horizontals and the diagonal beams are fit into the slots. They are fastened together with wooden pegs; this type of architecture that doesn't use any nails. It's just sort of fastened together with ‘Slot A goes into Piece B’. This type of construction isn't really done much anymore, except for by timber frame architects or timber frame artisans. But it's a very old form of architecture, and very beautiful. It's a craftsmanship that you just don't see in modern buildings. You can look at the building and really appreciate the craftsmen who were involved in constructing that building. And that I think is what makes it so beautiful.

Luckily, the Timber Framers Guild got involved early on is the project.The Guild has a worldwide program to restore or reconstruct historic timber frame buildings. They get together volunteers to take part in the process. It's a really impressive cooperative endeavor that's all about people who care about what they're doing. It's not a commercial enterprise; it's just purely about people being passionate about this type of construction and working together. This passion and commitment were what we needed to bring the Hay Barn back to life, so when we realized there was this whole movement out there of timber frame builders who work together, that seemed like a really exciting way to bring our barn back to life.

Essentially they raised the whole frame in one day– it was amazing. It was pretty exciting to watch. The original vision really had been that the reconstruction would be carried out just by people raising the beams by hand. For our barn a few steep support members were used, and they had a crane to assist with lifting, but all the assembly really was done by hand by people working together. There were many, many building code requirements that did not permit a strict replication of the original barn, and insurance issues to even have volunteers involved at all. But ultimately, I think it was a good compromise. They were able to involve a lot of people who cared about it, and it was amazing to see people climbing around on the frame and fitting those pieces together. The crane was raising up the big members of the frame, but people were assembling joints and pounding pegs in by hand.