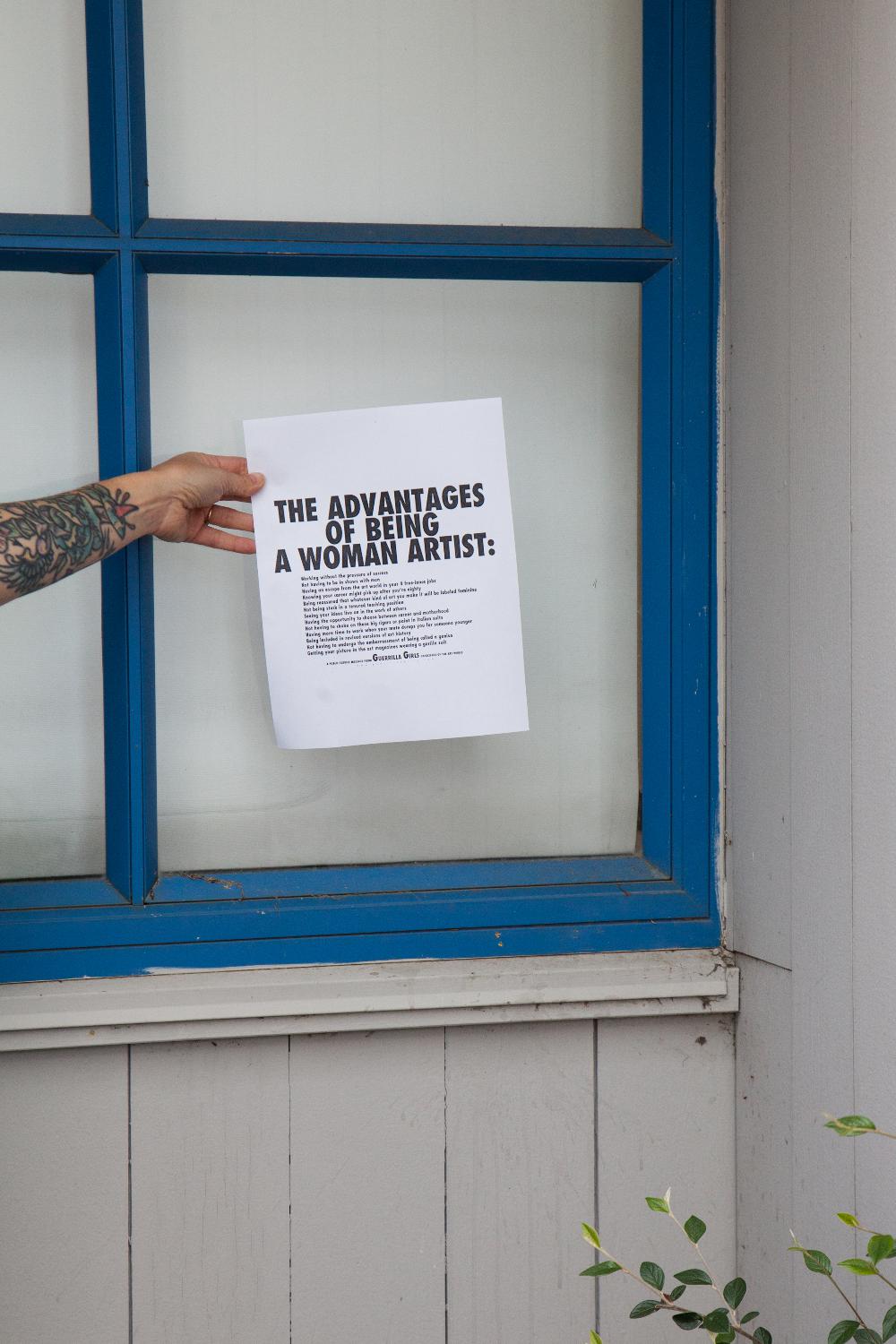 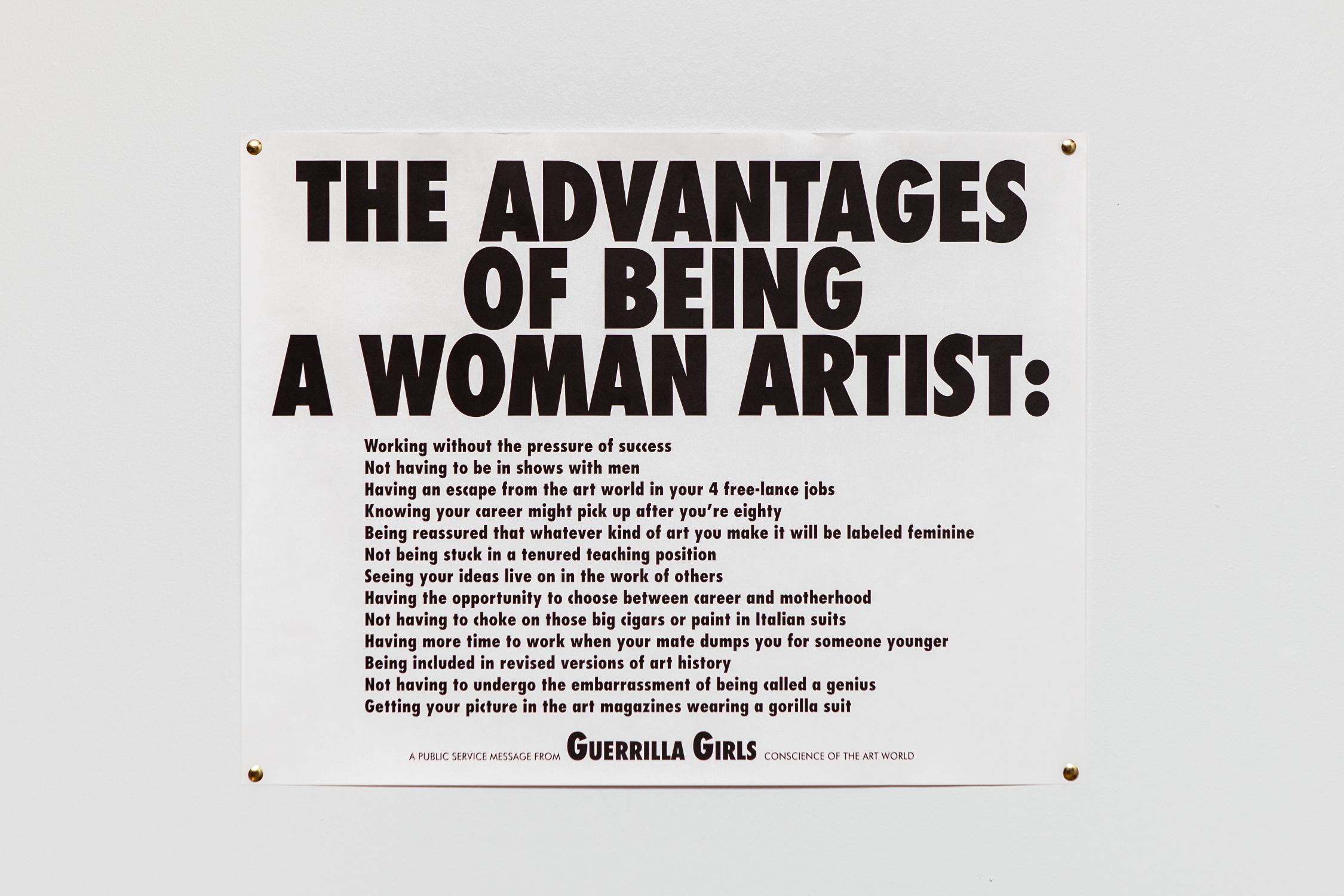 “One day in my freshman year, I came across a flier that in big block letters read ‘The Advantages of Being a Woman Artist.’ Heading the list of thirteen so-called advantages was ‘Working without the pressure of success.’”

In Conversation With Erin O'Toole

I first visited the Baskin art studios in 1987 while on a road trip to visit various UC schools up the coast from my home in Los Angeles. I was traveling with my aunt in her whale-like white 1969 Lincoln Continental (with suicide doors), a veritable living room on wheels. After surviving a harrowing visit to UC Santa Barbara during an alcohol and testosterone fueled fraternity event, I was relieved to arrive in wonderfully sleepy Santa Cruz.

Then a senior in high school, I dreamed of becoming a painter, and found the studios, bathed in light filtered through the surrounding redwood grove, to repose in all the romantic notions of freedom that seem so vital at that age: both creative freedom and the kind of adult freedom of self-determination that I so craved. From the moment I saw the studios, I knew that UCSC was the place for me.

In my freshman and sophomore years, I took many classes in the studios, painting for hours at a time, and often staying well into the night. I was rarely completely alone, but there was an unspoken rule to give others space to work, so conversation was generally minimal. Mostly I remember the head rush inducing scent of turpentine and the sound of an old paint-covered radio with a blown speaker tuned to KZSC. These were the early days of the Grunge era, so I also recall men with lustrous long hair in flannel shirts and women in the thrift-store dresses from the 1930s and 40s that many of my peers and I favored, worn with leggings and Dr. Marten’s lace up boots. We were listening to Jane’s Addiction and the Beastie Boys, and some of us were just discovering jazz.

I discovered several other important things in and around those studios. First, I discovered that I didn’t have a future as a painter. This did not come as a blow so much as a relief, as it liberated me to make work on my own without the pressure of group crits, which I found to be excruciating exercises. Second, I discovered the discipline of art history, the study of which I have been devoted to ever since.

I also discovered that I had been a feminist without knowing it. For junior high and high school I had attended an all-girls prep school where we were taught that women could achieve anything men could, that we should speak our minds, be assertive, go to college, and have a career. Never once, however, did a teacher, the headmaster--it was not until after I graduated that the school was led by a woman--or any of the students, as far as I can recall, ever utter the “f” word. We read work by women poets and novelists in English and cheered Sally Ride when she went up in the Space Shuttle and Geraldine Ferraro when she ran for Vice President, but we didn’t read Betty Freidan in class, or study the history of women’s suffrage. It wasn’t until I came to Santa Cruz that I learned about feminism and the struggle for equality.

One day in my freshman year, I came across a flier—amongst others advertising rooms for rent, bike parts for sale, and free art supplies posted on the window of one of the studios—that in big block letters read “The Advantages of Being a Woman Artist.” And at the bottom, “A public service message from the Guerilla Girls, conscience of the art world.” Heading the list of thirteen so-called advantages was “Working without the pressure of success,” followed further down by “Not having to undergo the embarrassment of being called a genius.” I had just read Linda Nochlin’s 1971 classic “Why have there been no great women artists?” and here, some eighteen years later, was evidence that the status of women in the arts remained laughably low.

As I read that humble flier, politics, art, and history all converged thrillingly for me, and I suddenly saw how the study of art history could be more than just memorizing facts about paintings by great men. Art and art history were at that moment being transformed by ideas that in a few short years would infiltrate American society as a whole.

In my opinion, the Guerilla Girls exemplify the best impulses of that heady moment. The group was an inspiring sisterhood of strong, smart, and brave artists who were using their minds and their creativity to demand change. With wit and humor they called attention to the rampant sexism of the art world, forcing galleries and museums to search their souls and open their doors to work by women and people of color. Such efforts for increased respect and equality for people of color, women and gays were exciting and empowering for me and my peers at UCSC and other campuses across the country.

When I reflect back now, 25 years later, the Baskin studios were both a refuge and a portal to the most current ideas and trends in the art world. Santa Cruz was some three thousand miles from New York City, but I still felt connected to the pulse.