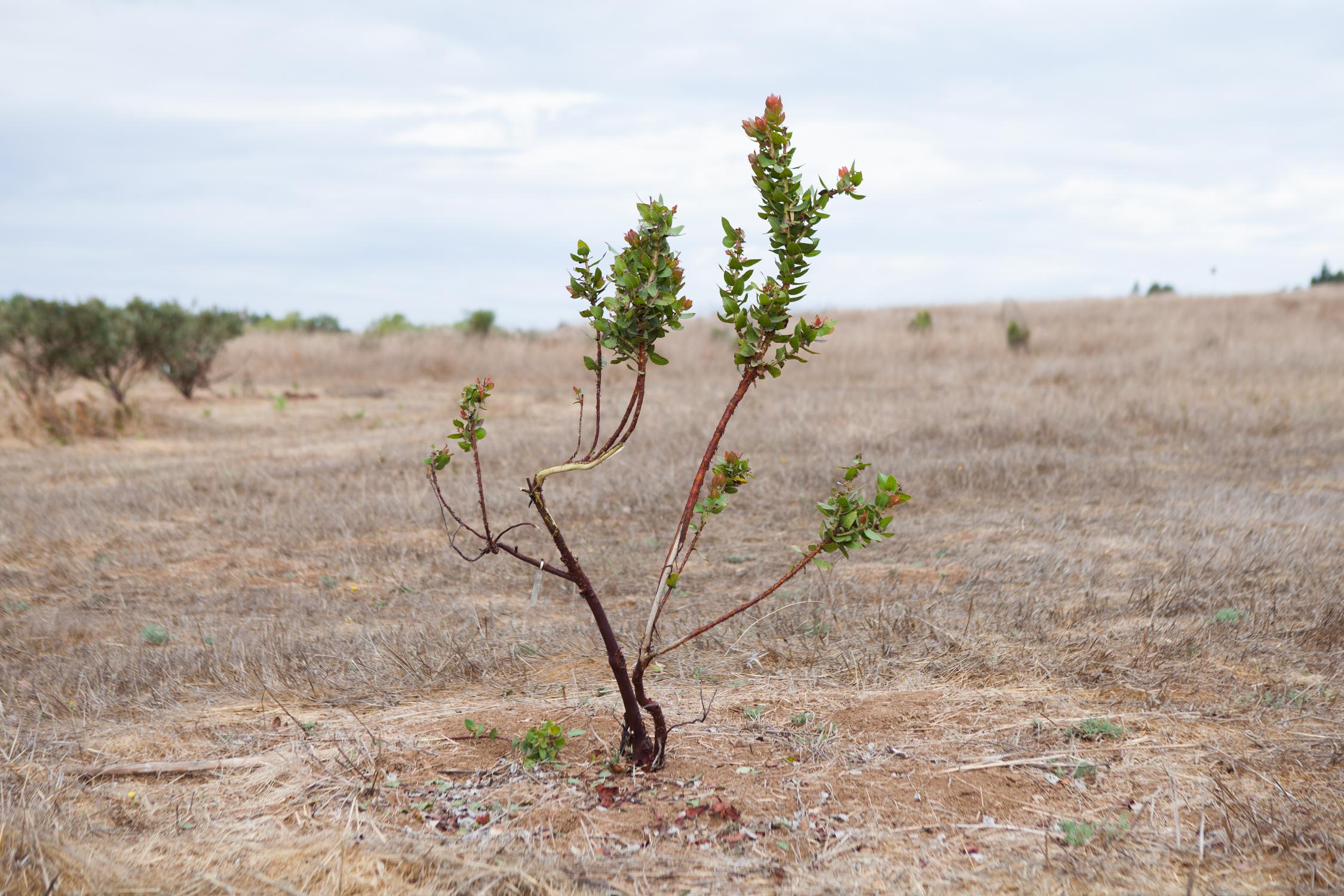 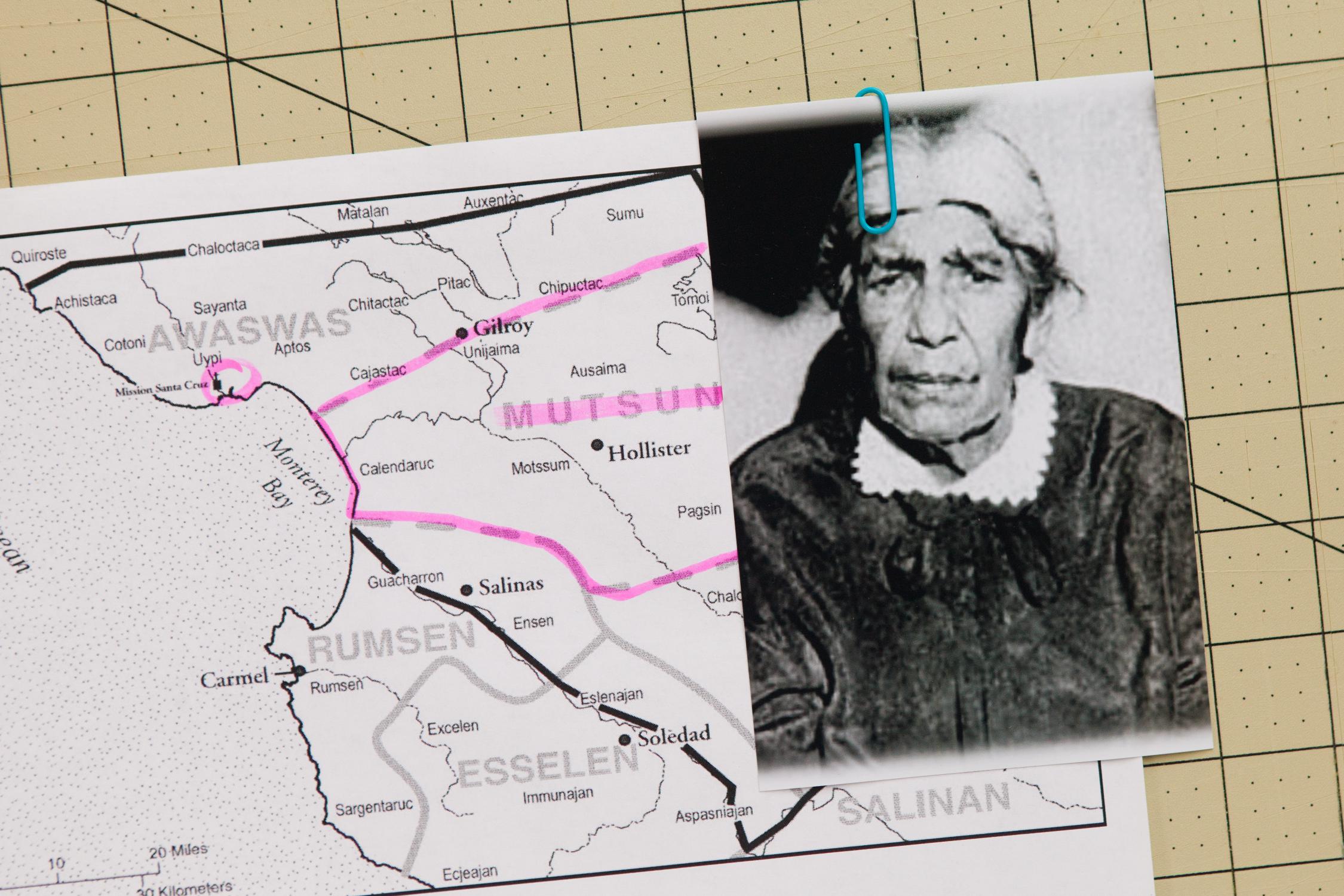 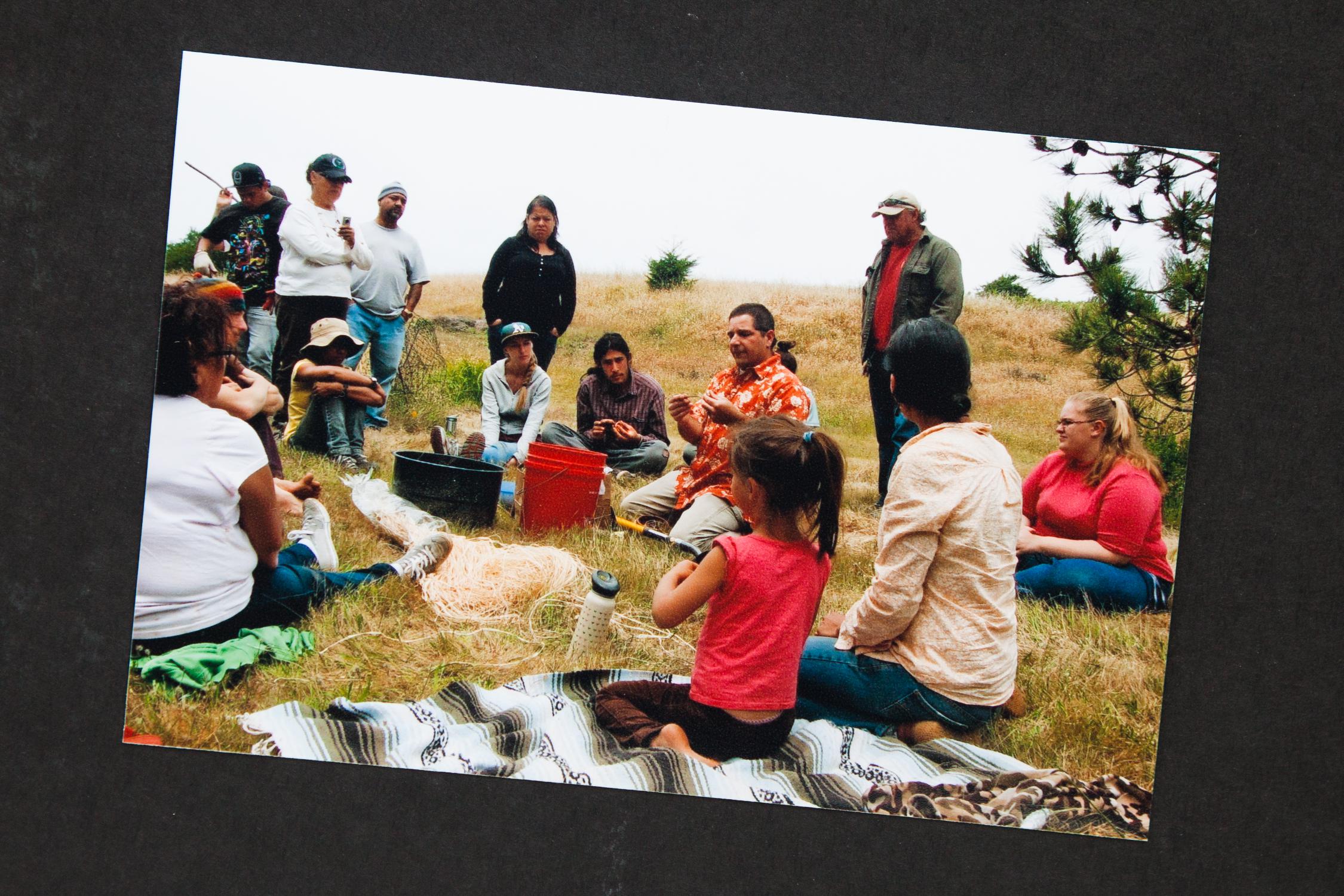 “Members of the Amah Mutsun have given us a list of plants that are culturally important to them.... We’ve been doing our best to collect these plants and put them out here in the gardens for the tribe to use both as material resources and also so that they can relearn plant identification.”

In Conversation With Rick Flores

I am the steward of the Amah Mutsun Relearning Program and a doctoral student in the Environmental Studies department. We are standing right now in the California Native Conservation Gardens at the Arboretum, which is where the Relearning Program is being developed.

The name Amah Mutsun is a contemporary name for the descendants of the Awaswas and Mutsun speaking people. The Awaswas languages were spoken here in the Santa Cruz area up until the Año Nuevo area, down to Soquel, Aptos and the western slopes of the mountains. And the Mutsun language was spoken down in what are now the Watsonville, Hollister, San Juan Bautista and Gilroy areas. Historically, in this geographic expanse there were dozens of autonomously functioning tribes, but because of the colonial history, it’s probably very difficult to reconstruct those individual tribelets. So the Amah Mutsun today identify themselves as the indigenous groups who were taken to Mission Santa Cruz and Mission San Juan Bautista.

The Amah Mutsun Relearning program was begun when we approached the Amah Mutsun Tribal Band about how we could collaborate. At one of our first meeting Chairman Valentin Lopez mentioned that tribal members had lost knowledge of ethnobotany and traditional ecological knowledge because of the colonial history. We’ve worked with him to develop a program for tribal members to relearn this knowledge.

Members have given us a list of plants that are culturally important to them. They have this list partially from the oral history left by Ascencion Solorsano de Cervantes, one of the last members of the Amah Mutsun tribe versed in the traditional ways, who passed away in 1930. We’ve been doing our best to collect the plants Ascencion told of and put them out here in the gardens for the tribe to use both as material resources and also so that they can relearn plant identification and traditional resource management practices We’re still in the early stages of what is a long-term project with a long-term vision.

We have what we call ‘Work-and-Learn’ gatherings here, when tribal members and others come to work a little bit, weeding and planting, and then in the afternoons we have a teacher come and teach about various uses of plants. The Amah Mutsun Land Trust also has a Native Stewardship Corps, which is where a group of tribal members come together for weeks at a time to work on all our different projects throughout this area, not just at the Arboretum but also at Quiroste Valley Cultural Preserve and other places where this effort is happening. The Native Stewardship Corps is an effort for the tribe to relearn these things in a more concerted kind of way, because it really is difficult when people only come here for one day every six months. Many tribal members do not live in this area anymore, so it can be an economic hardship for them to travel to Santa Cruz. This is a long-term project which takes a long-term commitment.

Part of this long-term commitment and vision has to do with land management. We want to test what’s called ‘Traditional Resource and Environmental Management’ techniques out here so that we can best understand what management practices these plants need to produce quality and abundant sustainable materials for tribal members. But there’s also a bigger picture involved. In the state of conservation and biodiversity, what we’re seeing is that the kind of hands-off preservation that was so prevalent in the early parts of American history isn’t working.

What we’re noticing is that a lot of the landscapes are changing with the lack of traditional ecological knowledge and other contemporary issues like invasive weeds, and climate change. For instance, there’s a big problem of conifer encroachment, which is changing the composition of our native grasslands and our native chaparrals today. To handle such encroachments, traditional ecological knowledge has a real place at the table when we talk about contemporary land management and biodiversity. Much of the the biodiversity that was found here at contact is really the legacy of this California Indian management of the land. So it seems to me that in these contemporary times we should incorporate that when we’re trying to restore or conserve lands. This notion of wilderness that we’ve been taught, that wilderness is a place where man doesn’t touch the plants and is wild, is for the most part false when you look at California’s history. California Indians have been managing landscapes and plants here for thousands of years. And that’s why people like John Muir and the Spanish, when they first came here, they saw all these great wildflower displays – those wildflowers displays are actually the tending and harvesting grounds of California Indians, because they ate all these—the seeds of annual native wildflowers, or geophytes, known as Indian Potatoes, or wild onions. They were really prolific around here. They were keeping the landscape open through the use of regular fire regimes.